Site designed and developed by Wildfire 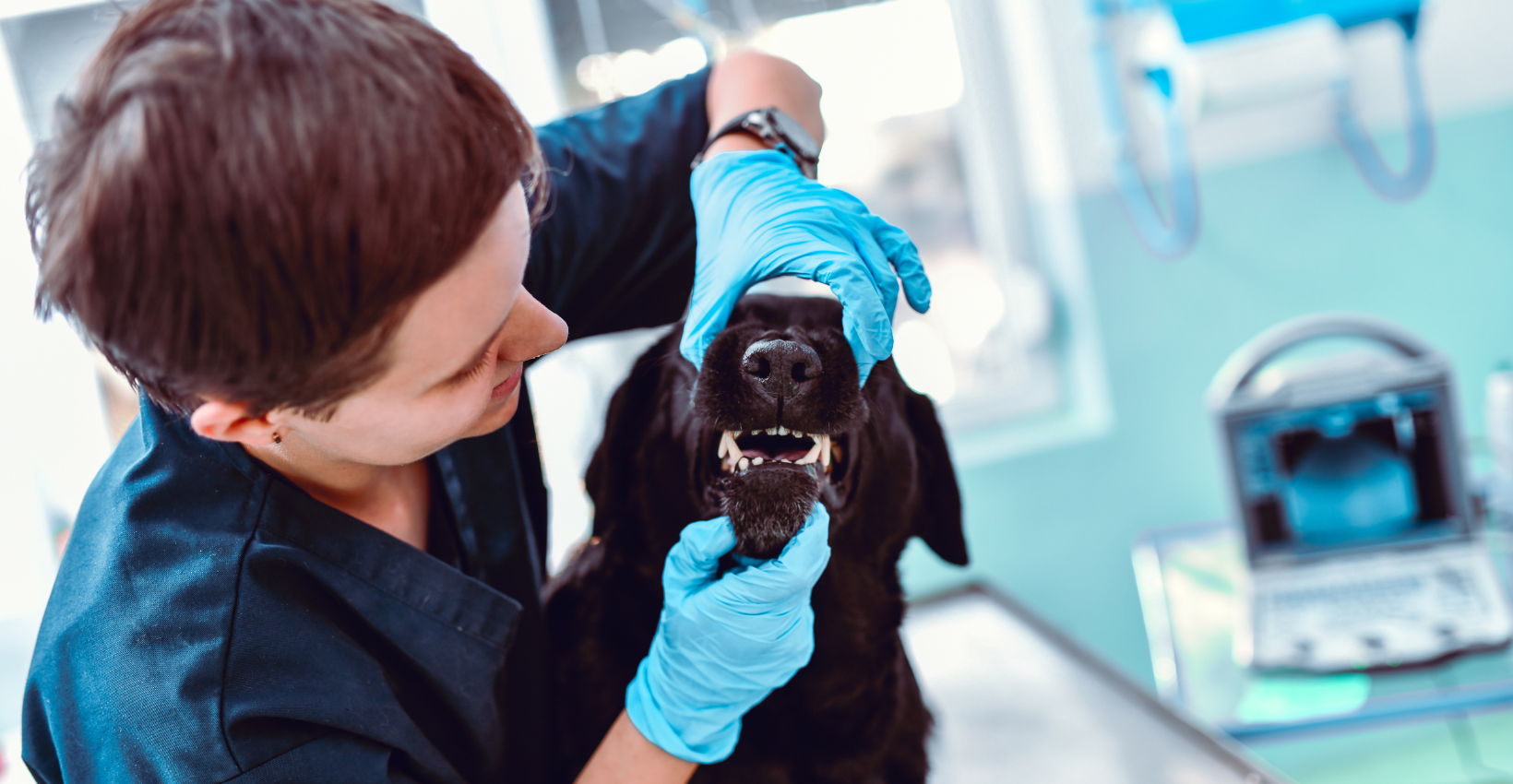 Daily Dental Care. BY THE NUMBERS.

Dental disease affects up to 96% of senior dogs over 12 years of age2.

Only 14% of pets receive dental care by a vet3.

Only 2% of pet parents brush their dog’s teeth4.

With dental disease becoming more and more common, there are numerous reasons for this.

Firstly, with improved veterinary care, including preventive health and more treatment options for various diseases, dogs are living longer than they did in the past. With increasing age comes an increased incidence of dental disease.

The jaw of a small dog needs to hold the same number of teeth as a larger dog, but with far less space, meaning they tend to have more crowded dentition, making it easier for food particles to become entrapped. Smaller breeds also tend to have a longer lifespan than larger breeds of dogs. And we know that the incidence of dental disease increases with age.

In addition, many pet owners mistakenly consider dental signs like bad breath and drooling, yellow tartar build-up on teeth and inflamed gums as ‘normal’ for dogs, so they miss the early indicators of dental problems and wait until the disease is more advanced and the signs more severe, such as a reluctance to eat, to seek veterinary intervention.

Let’s take a closer look at how dental disease develops:

As can be seen in the diagram, bacteria and food particles (predominantly glycoproteins, which are sticky and allow adherence of the bacteria) start to combine on clean teeth within just 24-48 hours to form a biofilm known as plaque. This is sticky and a yellowish-tan colour. The image alongside depicts the appearance of plaque on a dog’s teeth and will be familiar to many a pet owner.

The good news about plaque is that it can be removed relatively easily and significantly reduced with regular at-home dental hygiene.

If plaque is not removed, however, its stickiness encourages further adherence of materials, in this case, mineral deposits such as calcium, along with sugars, fats, cells from within the mouth, white blood cells and more bacteria. These combine to form a thick, hard coating on the teeth called tartar or calculus. This can begin to form within just a week of initial plaque development (Harvey et al, 1982). This is just the beginning of a more serious dental disease. The image alongside depicts tartar on a dog’s teeth and will also, unfortunately, be familiar to many pet owners.

Tartar is much more difficult to remove than plaque and usually requires a visit to the veterinarian for complete removal.

The continued presence of bacteria and other foreign materials in the mouth causes the dog’s body to mount an inflammatory and immune response. This results in inflammation of the tissues around the teeth, called the periodontal tissues, which is known as periodontal disease. This is divided into two separate conditions, of worsening severity; firstly gingivitis, when only the gums are inflamed, then periodontitis, when inflammation extends into the ligaments holding the teeth into the jaw as well as inflammation of the bone within the jaw. Gingivitis is reversible however, periodontitis is not. It can result in the breakdown of the roots of the teeth, loss of the bone around the teeth and eventually tooth loss.

As can be imagined, this is a painful process for the dog. Clinical signs such as difficulty eating, sensitivity or pain while eating, red or bleeding gums, and loose or missing teeth can be seen in affected pets. Moreover, dental disease has also been linked to other potentially serious health problems, such as heart, kidney and liver disease (Niemiec, 2008), as the bacteria around the teeth are carried through the bloodstream to infect other organs within the body.

Dental disease can be significantly reduced simply by the regular removal of plaque and minimising the build-up of tartar. It has been found that prevention early in life may help reduce the frequency and severity of dental disease later in a dog’s life (Dupont, 1998). So it is especially important to commence at-home dental care early. There are several options for at-home dental care, including toothbrushing, dental treats and dental chew toys.

WHIMZEES are one such example: they are a dental treat and toy rolled into one. Dogs love to chew them and they are a fun and effective way to promote daily dental health. These all-natural hypoallergenic treats help reduce plaque and tartar, support healthy gums and help freshen breath when chewed daily. Learn more about WHIMZEES here!